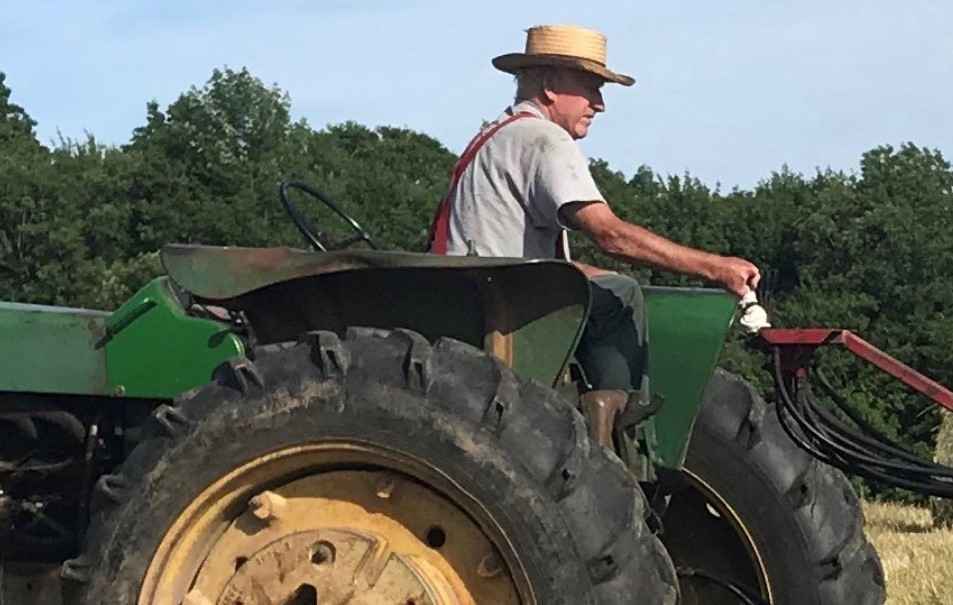 We are no longer accepting donations on this campaign, but there are other ways for you to support us today!

In Memory of Herman “Butch” Herklotz

“Butch” as he was known to many, was born October 27th 1943 in Dover, NJ to Herman and Arvilla (Reed) Herklotz. Butch was a true, old-fashioned farmer to his soul. When he was a lad as young as 2, he could be found riding on the “putt putt” tractor alongside his father until he was old enough to drive himself. In 1955, he carried that love of farming from NJ to NY. Together with his father and brother, Warren, they tilled the land and milked the cows at Herman Herklotz and Sons dairy farm in Franklin, NY. He graduated from Cornell University with a degree in Agriculture.

Butch had a gentle and generous soul, he loved to give of himself and the crops he sowed and harvested. Many neighbors and friends were happy to see him on their doorstep with a feed bag full of sweet corn and countless church dinners were served with vegetables from his garden and corn from his fields.

Butch served God and his community with his time, talents and heart. He was President of the Franklin Fire Insurance Cooperative for many years and he volunteered on many farm and community organizations and boards in his lifetime, but two that were very dear to him were The Franklin United Methodist Church and Gideons International. He could always be counted on to be of service, whether it be frying bacon at the Methodist Church Pancake Breakfast booth, collecting tithes and offerings or spreading the Gospel by distributing Bibles. He found such joy in giving.

He was predeceased by his parents, Herman and Arvilla, brother Warren, sister Carol, wife Joanne, wife Sheila and her son Steven.

In lieu of flowers, donations can be made to the Herman “Butch” Herklotz Future Farmers of American Camp Scholarship Fund

A memorial service will be held at a later date.

Arrangements are by the Kenneth L. Bennett Funeral Home, Franklin.